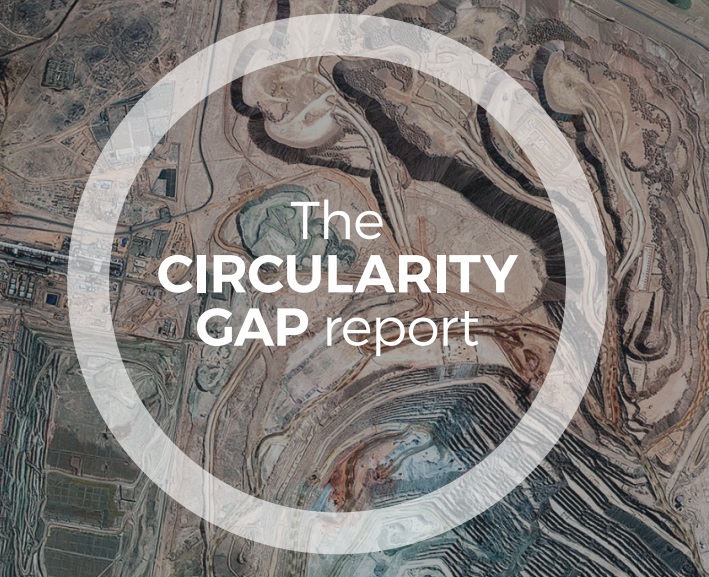 With over 90% of the raw materials used globally not cycled back into the economy, our planet is left with a massive strain on its natural resources and climate that needs to be urgently relieved, according to a ground-breaking report by Circle Economy and Shifting Paradigms, launched at the World Economic Forum 2018.

This alarming statistic is the main output of the first Circularity Gap Report, in which Circle Economy and Shifting Paradigms explore a metric for the circular state of the planet, which allows us to start measuring yearly progress to bridge the gap between what we use and what we cycle.

The report presents a detailed metabolism visual, showing how main resource groups satisfy key societal needs, such as housing, mobility and nutrition. It also presents the leaks in the system with an overview of what happens to resources after use in the economy and pathways to increase circularity.

The report refers directly to studies by The Ex’tax Project and states: ‘Another important set of transition strategies include (supranational) government policies that alter incentive structures, for instance by pricing- in externalities, such as carbon, or opening the door to labour-intensive circular business models, by lowering employment taxes.’

Four steps are listed to bridge the circularity gap through leadership and action. It builds on scientific literature and  highlights UN Environment statistics showing that a fully circular economy would both reduce global natural resource use by 28% and cut greenhouse gas emissions by 72% – thus significantly supporting the UN Sustainable Development Goals (SDGs) and the Paris Agreement.